Facts about the Brain 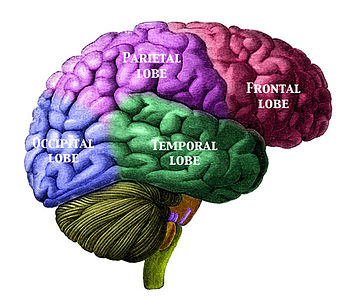 What makes the human brain so special? studying and finding out just  a little about the brain can be a life times work, here are a few facts about the brain:

THE BRAIN is without doubt the most complex part of the human body. It is the centre of intelligence,  of the senses, it is the initiator of the bodies movement, and it controls our behavior.  It is surrounded by a bony shell, the human skull and bathed by protective fluid the cerebrospinal fluid.  The cerebrospinal fluid helps to protect and nourish the brain and spinal cord.  The brain is the source of all the qualities that produce our “humanness”.

The brain weighs about 3 pounds.

The brain is 40 percent grey matter and 60 percent white matter.

Humans have the largest brain to body size of any mammal.

The cerebrum is the largest area of the brain and weighs up to 85 percent of the brain’s mass.

About 75 percent of the brain is H2O.

About 60 percent of the human brain is composed of fatty material.

Artificial sweeteners and preservatives can have an adverse effect on brain performance.

Every time you recall a memory in your brain you are making a new connection.

People are believed to have about 70 thousand thoughts in any one day.

You cannot tickle yourself because your own brain can distinguish between your own touch and unexpected external touch. This cannot be true …..try it

Your brain uses 20 percent of the bodies oxygen consumption.

Yawning is believed to send more oxygen to the brain which wakes it up and warms it up.

Your brain can grow new cells to repair itself.

Permanent damage to the brain occurs if it is without oxygen for between 5 and 10 minutes.