Why Vitamin D supplements are necessary in the winter months 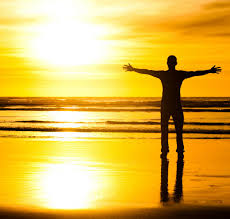 This summer has been one of the best summers in the United Kingdom for many years, it is very rare for us to have a summer that lasts as long as this year so our bodies have had a lot of sunlight this year.  Sunlight is important to maintain the bodies vitamin D levels.

Scientists have recently found it vitamin d deficiency is a key factor not just in bone health and preventing Rickets but also in a huge range of health problems such as dementia, diabetes, cancer and heart disease so just very minor reductions in vitamin d levels can affect our health.

A Danish recent study of 10,000 people found low levels increased the risk of dying from heart disease by 81%, while US Department of Health ­researchers reported that high levels cut the risk of strokes by an amazing 11%.  A Canadian study of 1,200 women found those who regularly took a vitamin D supplement cut their cancer risk by 60%.

What happens in the winter when we do not get enough sunlight? we get fed up right? – Yes but we can also get a vitamin D deficiency. Vitamin D is important for bone health and keeping diseases like rickets in young children at bay.

Every year there are many cases  of rickets  in the UK.  These mainly occur in foreign nationals with dark skin  as dark skins do not absorb sunlight as well as lighter coloured skins.  I recently treated an Indian doctor who’s son had been diagnosed with rickets, in the winter months his son was going to nursery and spending most of the time indoors and when he was taken home it was dark so the little chap wasn’t seeing much sunlight, that together with the typical sunlight free winters in Plymouth which have tended to be overcast and wet caused this problem.

Wearing a very high sunscreen in the summer can also affect Vitamin D levels, so if you are very pale skinned and cover yourself in a high factor sunscreen, start hitting the Vitamin D supplements!

On average, food provides about 10% of our intake. Foods such as oily fish, liver and cerials can help but Supplements are recommended, however, poor digestion can reduce the effectiveness of vitamin D tablets and drops, and a spray is recommended. A spray such as BetterYou DLux 1000 oral vitamin D spray (Holland and Barrett and independent pharmacies,) is effective.  Tests showed more than a third of it is absorbed immediately into the bloodstream.

See you at the health shop!