Walk just two minutes every hour and improve your health 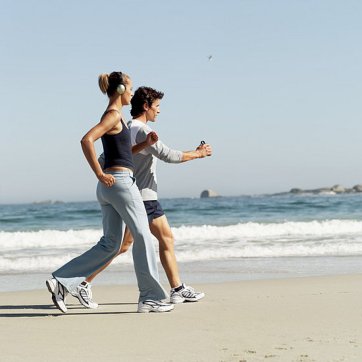 Numerous studies have shown that prolonged sitting day after day is linked to poorer health and early death . Now, a new study suggests even a small change can make a difference.
Major non-communicable diseases, such as heart disease and diabetes, put a huge strain on the NHS. Strong evidence shows that physical inactivity increases the risk of many common health conditions, including coronary heart disease, type 2 diabetes, breast and colon cancers, and shortens life expectancy.  According to the World Health Organisation (WHO) they accounted for nearly 60% of all deaths annually in 2001 . Rising levels of physical inactivity has become recognised as one of the major threats to public health, and it is estimated that in 2008 physical inactivity caused 9% of premature mortality and 5.3 million deaths worldwide, making it the fourth leading cause of death globally.

Regular physical activity has been shown to contribute to the prevention and management of over 20 chronic health conditions, including heart disease, stroke, diabetes, cancer, obesity and musculoskeletal conditions as well as mental health problems. In addition to the benefits to physical health, regular physical activity contributes to the prevention of falls and cognitive function in older adults, and academic achievement in young people.
New research suggests that even small changes in everyday life could benefit to our health.  The researches conclude that low-intensity

activity such as standing may not be enough to compensate the effect of sitting for long periods, but swapping 2 minutes of sitting for 2 minutes of light-intensity activity – such as casual walking, light gardening or cleaning – is linked to a 33% lower risk of premature death.
Prof. Beddhu notes that even short periods of light activity add up to a lot when repeated over the course of a week. Assuming you are awake for 16 hours a day, then strolling for 2 minutes an hour adds 400 kcal a week to your energy expenditure – which is not far off the 600 kcal it takes to accomplish the goal of moderate exercise.

Besides taking short walking breaks, here are five other ways you can add brief bouts of activity throughout the day:
1. Stand up while talking on the phone or better yet, take a walk while doing so.
2. When running errands, park in a spot furthest from the store’s entrance. This will give you more walking time after sitting while driving.
3. While watching television, use the commercial breaks as a reminder to get up and move — tidy the house, check the mail, etc.
4. Take the stairs instead of the elevator.
5. If you have the extra time, try walking instead of driving to your destination.