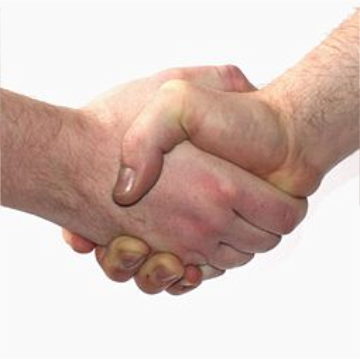 A weak handshake could mean your may have a health problem, according to a new study. The research found the strength of a person’s hand-grip was a reliable predictor for the risk of heart attacks and strokes – and was a stronger predictor of death than checking systolic blood pressure.

The study, published in The Lancet[1], followed around 140,000 adults aged 35 to 70 from 17 economically and culturally diverse countries,

Surprisingly it found that grip strength is a stronger predictor of death than systolic blood pressure.

Lack of muscle strength has long been associated with early death and illness. However data on the correlation between grip strength and major health problems has been limited until now. The new study supports previous research that linked hand-grip strength to a number of issues in aging, including future mortality, cognitive decline, disability and the ability to recover from hospital stays.

The study found that every five-kilogram decline in grip strength was associated with a 16 per cent increased risk of death from any cause, a 17 per cent greater risk of cardiovascular death, and a 17 per cent higher risk of non-cardiovascular death. The risk of suffering a heart attack or a stroke increased by seven and nine per cent respectively. Researchers say those increased risks persisted even after other factors were taken into account, such as age, physical activity, alcohol and tobacco consumption, as well as education level and employment[2].

A low grip strength was linked with higher death rates in people who suffer a heart attack or stroke and non-cardiovascular diseases, for example cancer, suggesting muscle strength can predict the risk of death in people who develop a major illness.

Overall, grip strength was a stronger predictor of all-cause deaths, including deaths from heart disease, than systolic blood pressure, which is normally seen as a “robust causal factor” for death, the study showed.  Other studies have also shown that stronger people tend to live longer.